Posted On October 4, 2019In Best Haunted House in NY

(Buffalo, NY): Frightworld, America’s Screampark, Buffalo’s #1 Haunted Attraction is back for the 2019 Season with its largest expansion in 18 years. Taking over a former Walmart, Frightworld has recreated each of their five award-winning attractions with all new floorplans, effects, scares and designs.

This nationally top ranked Halloween event, each year, changes and upgrades its event to give the patrons something new and exciting. “Focusing on quality, we are committed to giving our patrons the ultimate Halloween experience at an affordable price.” Says Stephen Szortyka, General Manager, Director of Operations. This year, fans will see the return of their favorite attractions including Asylum the abandoned hospital, Eeriepalooza, Grindhouse, Nightstalkers, and new this year, Storm Area 51. “No matter your fear; clowns, chainsaws, the dark or the unknown, we guarantee you’ll find it at Frightworld” says Szortyka.

Included in this expansion and just announced for 2019 includes an all new event, The Frightworld Pumpkin Park. This makes Frightworld the one stop shop for everything Halloween and Fall related for Western New York. Frightworld Pumpkin Park is a fall festival being held every weekend during September and October. Fun for all ages, patrons can pick out pumpkins, corn stalks and hay bales all while enjoying photo op areas, warm donuts, apple cider and more.

With National recognition from big names like Buzzfeed, Travel Channel, AOL, frighttour.com and many others, Frightworld is consistently pushing its limits to hold its reputation of one of the Top Haunted Attractions in America. Not an easy task, but the event coordinators hold themselves to a high standard, “We are always pushing ourselves to be better than years past. We hold all of our employee’s accountable to outdo themselves from prior years.” – Says Szortyka.

The minds behind Frightworld also have Western New York’s top-rated escape rooms: Escape City Buffalo. Featuring three uniquely designed Hollywood style sets, Escape City is Buffalo’s best live-action escape room games where you must find your way out. Work your way through Body Collectors, Over the Falls, or Buffalo’s first and only 18+ room, The Hangover. Solve the puzzles and escape the secret passages before the clock runs out! Escape City Buffalo is the perfect place for your next night out with friends, family gathering or even corporate team building event. 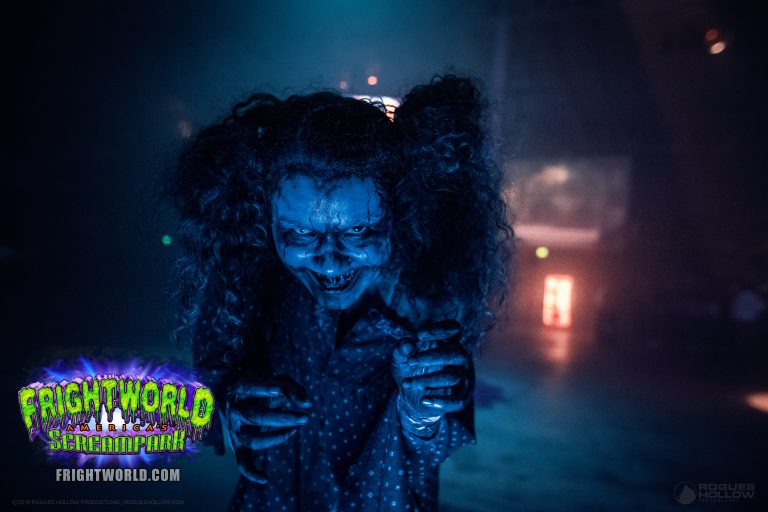